Regime Shifts in the Anthropocene

Abrupt and persistent reconfiguration of ecosystem’s structure and function has been observed on a wide variety of ecosystems worldwide. While scientist believe that such phenomena could become more common and severe in the near future, little is known about the patterns of regime shifts’ causes and consequences for human well-being.

My PhD thesis aimed to assess global patterns of regime shifts in social-ecological systems. A framework for comparing regime shifts has been developed as well as a public forum for discussing knowledge about regime shifts, namely the regime shift database. The most common drivers and expected impacts on ecosystem services have been identified by studying the qualitative topology of causal networks as well as the statistical properties that explain their emergent patters. Given that long time series data for ecosystems monitoring is rather sparse, and experimenting with ecosystems at the scales required to understand their feedback dynamics is rarely an option; we also proposed an indirect computationally based method for monitoring changes in ecosystem services.

I hope the results presented offer useful guidance for managers and policy makers on how to prioritise drivers or impacts of regime shifts: one take home message is that well-understood variables are not necessary the ones where most managerial efforts need to be taken. I also hope the scientific community rigorously criticise our results, but also acknowledge that when doing theoretical or empirical work, our methods tend to ignore the multi-causal nature of regime shifts. By bringing back multi-causality to the scientific debate, I hope our results offer new avenues for hypothesis exploration and theory development on the human endeavour of understanding Nature.

The project was funded by Formas and supervised by Garry Peterson. 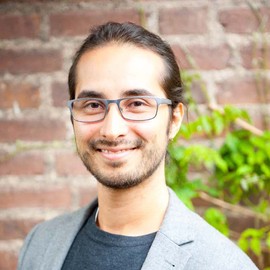 The Regime Shifts Database: A framework for analyzing regime shifts in social-ecological systems

Regime Shifts in the Anthropocene: Drivers, Risks, and Resilience