Cascading regime shifts within and across scales

How regime shifts will interact?

Whether the occurrence of one will increase the likelihood of another, or simply correlate at distant places

How regime shifts will interact?

Whether the occurrence of one will increase the likelihood of another, or simply correlate at distant places 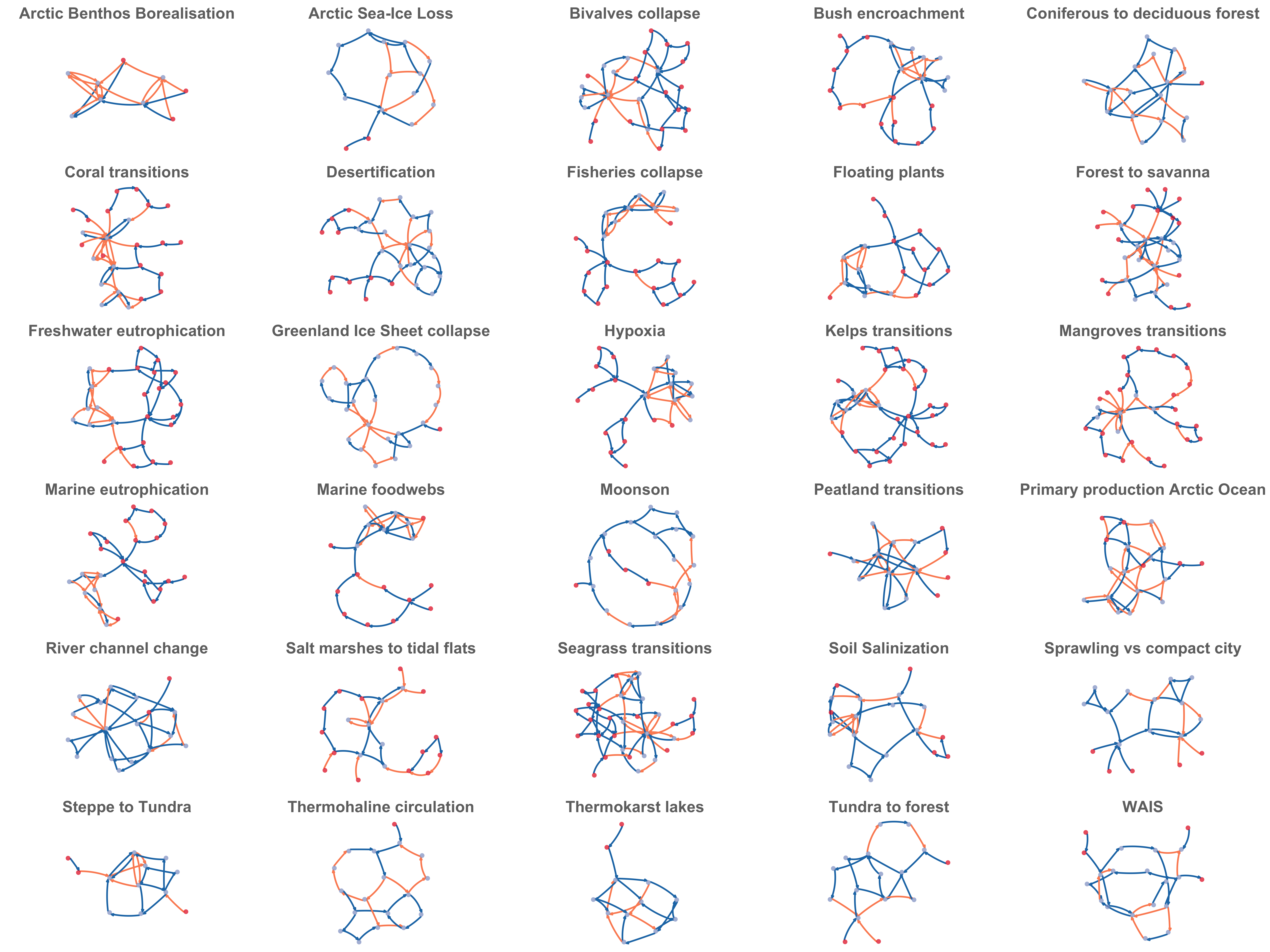 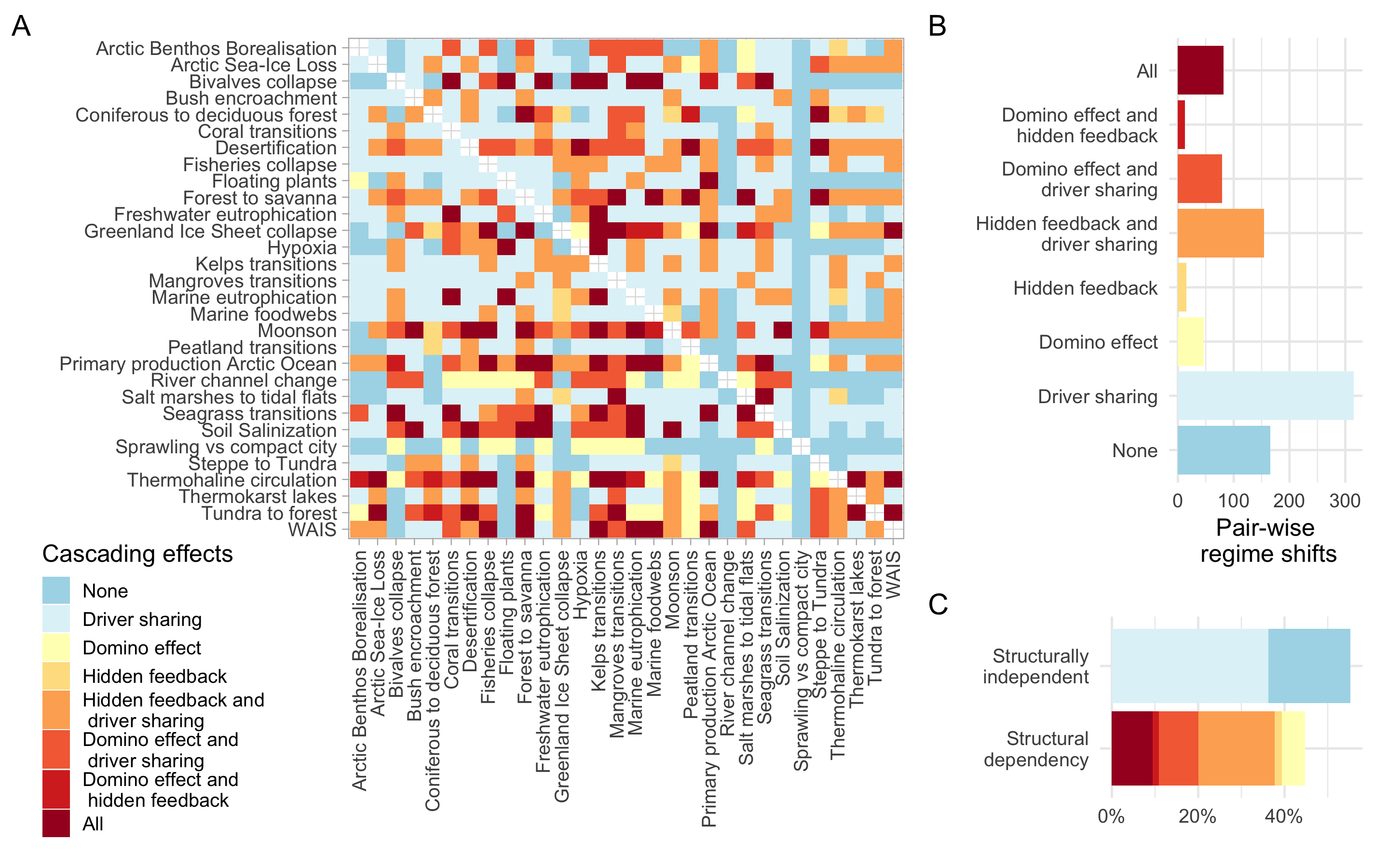 Aquatic regime shifts tend to have and share more drivers. The most co-occurring drivers are related to food production, climate change & urbanisation. 36% of pair-wise combinations are solely coupled by sharing drivers

the sharing of drivers is proposed as a potential mechanism that can correlate regime shifts in space and time, but not necessarily make them interdependent. The highest driver co-occurrence was found between regime shifts in kelps, marine eutrophication, and the collapse of fisheries

Evidence of cross-scale interactions for domino effects was only found in space but not in time. The maximum number of pathways found was 4, and the variables that produce most domino effects relate to climate, nutrients and water transport

Most hidden feedbacks occur in terrestrial and earth systems. Key variables that belong to many of these hidden feedbacks are related to climate, fires, erosion, agriculture and urbanisation

“Cascading regime shifts within & across scales” by Rocha et al. argues “How & when nonlinear change can be transmitted across
space & time in the Earth system should be considered in assessments & management of future environmental change.” Yes, but how? https://t.co/d05NI8CYlp pic.twitter.com/jsBEpPjI2d

Lenton et al. On the orgin of planetary-scale tipping points. TREE (2013)
Steffen et al.Trajectories of the Earth System in the Anthropocene. PNAS (2018).

Where are regime shifts likely to happen? 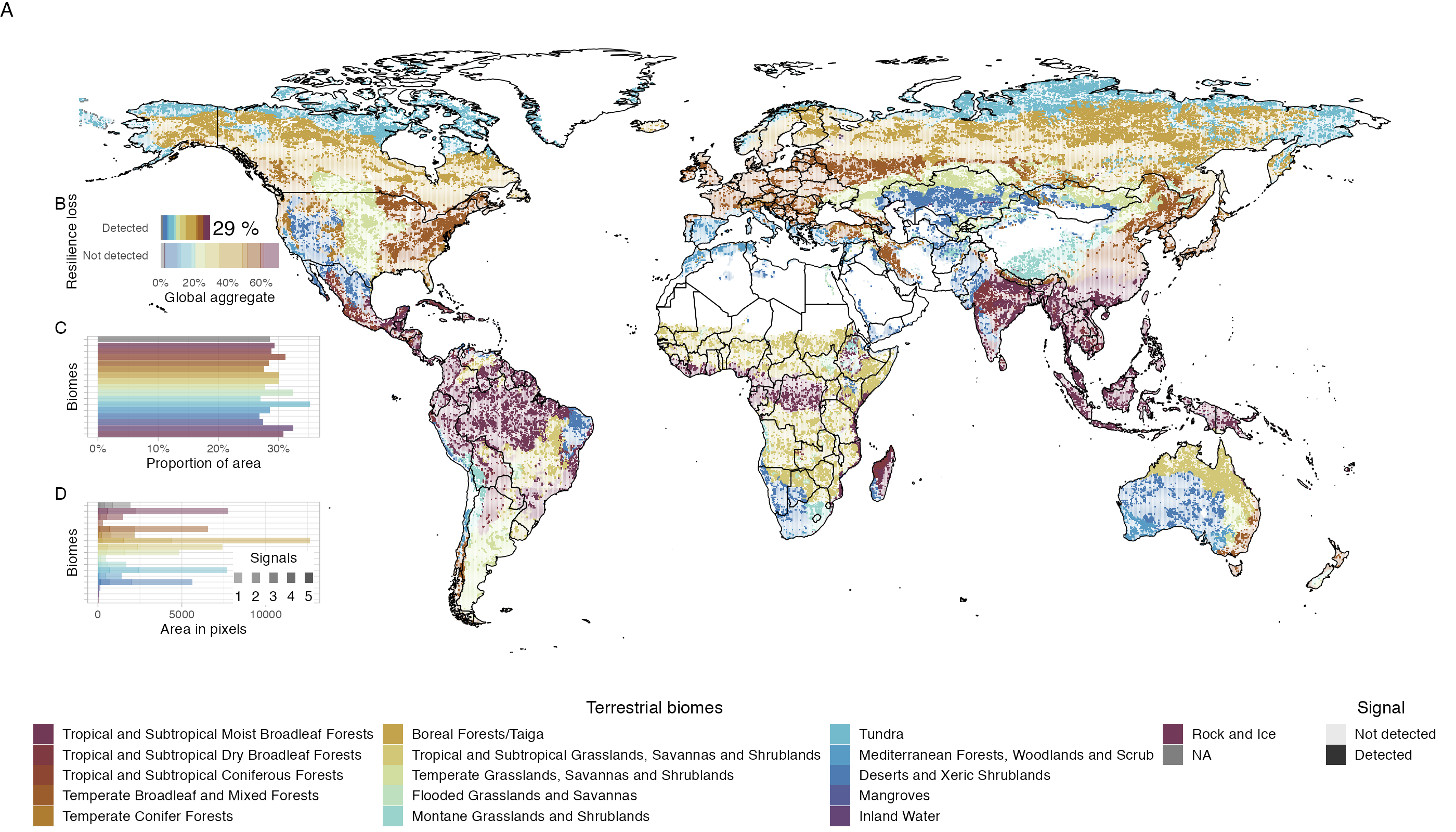 Stockholm Resilience Centre
Subscribe to our newsletter at www.stockholmresilience.org/subscribe 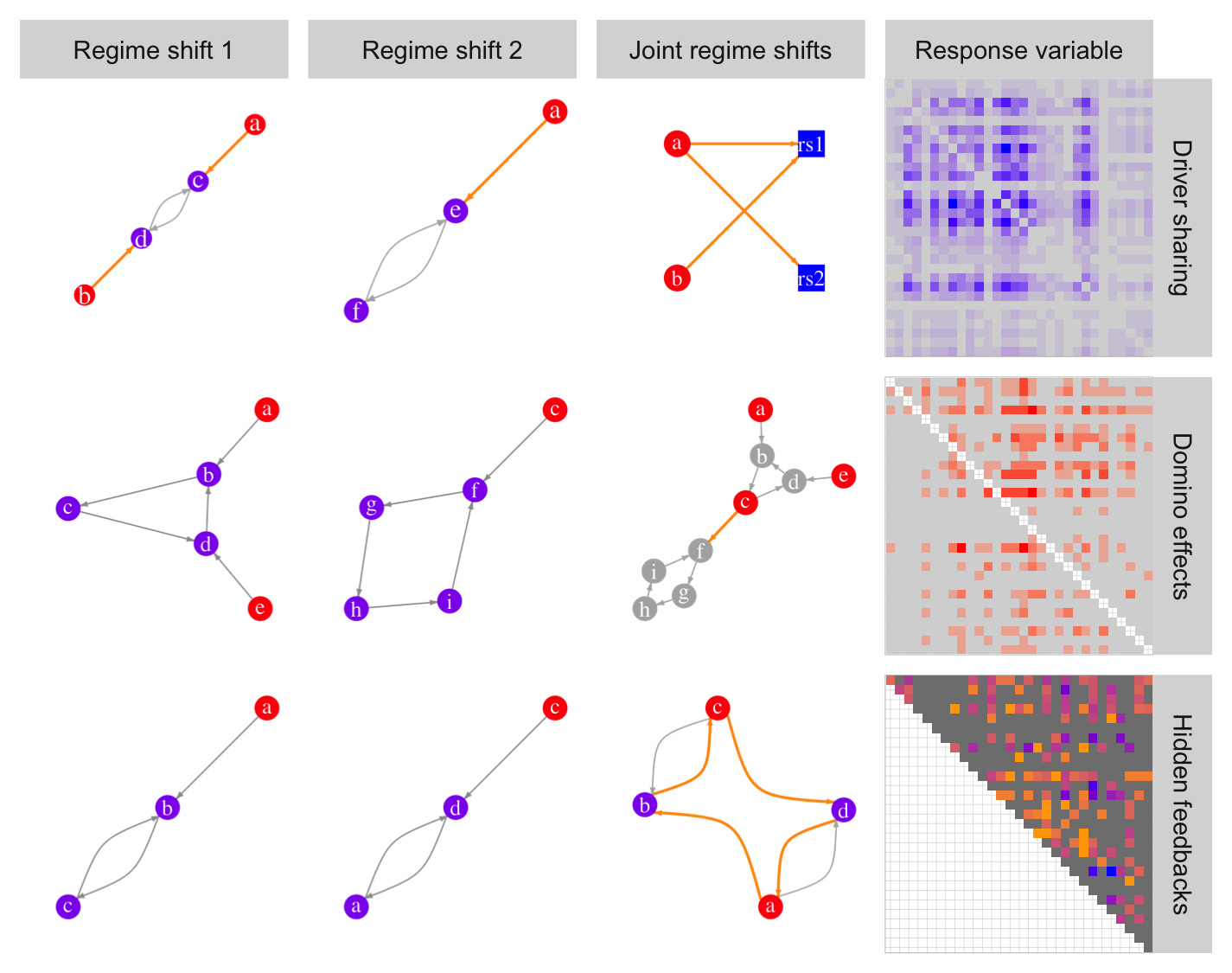 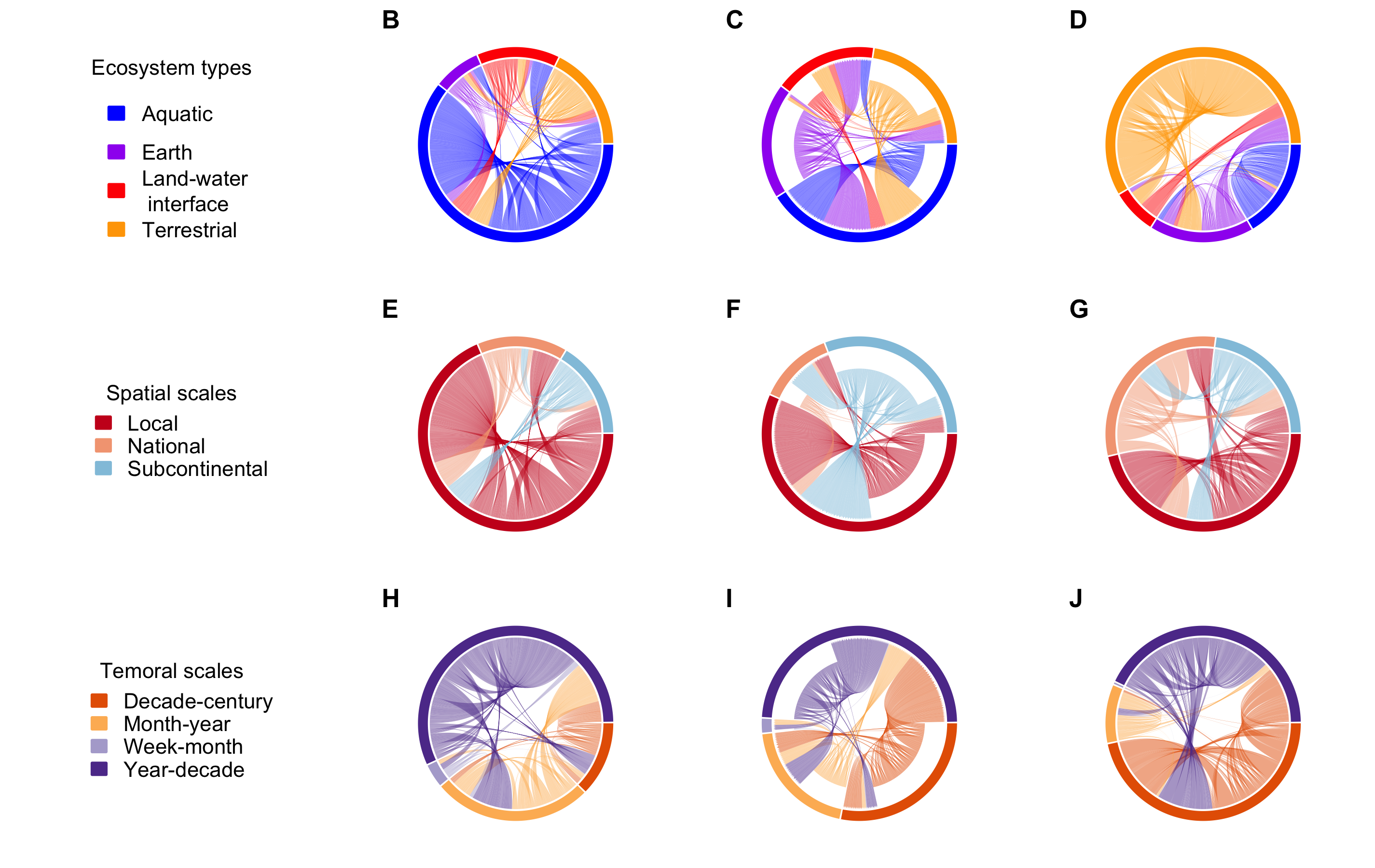